What would our city look like if it were run by Chicago teachers alongside other labor and community groups? This was the thought that kept running through my head as we gathered to support the launch of the new United Working Families political organization in Chicago.

What would our city look like if it were run by Chicago teachers alongside other labor and community groups? This was the thought that kept running through my head as we gathered to support the launch of the new United Working Families political organization in Chicago.

I have strong hope that Chicago would look much different than it does now. It has to.

Mayor Emanuel, we are far from being a world class city.

The mission of the United Working Families (UWF) states that we will “organize families, strengthen their voices on issues of racial, social and economic justice, and challenge the corporate dominance of a two-party system by lifting up our issues and our champions.”

What does this mean? We will no longer blindly open up our checkbooks to the Democratic Party.

That was the old way of doing business.

According to Matt Luskin, a Chicago Teachers Union organizer, “We are looking for immediate campaigns that address our struggle.” UWF was not formed to take over the roles and leadership of groups that are already doing social justice work in Chicago. Its goal is to identify and back political power that will support our work.

“Imagine a campaign of face to face organizing in as many wards as possible”, says Bob Simpson in his Daily Kos blog, “supporting independent City Council candidates with a vision for a city where public resources are allocated by need rather than by race and income. Karen Lewis would be at the top of the ticket as the mayoral candidate, drawing on her popularity in African American and Latino neighborhoods. This could help bring out more voters to support the independent City Council candidates.” 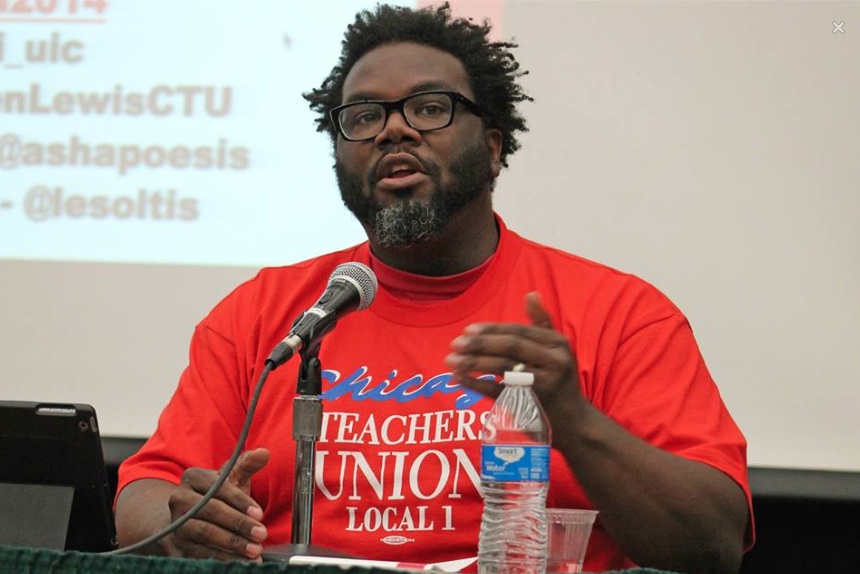 What the UWF stands for:

When you look at all of the above planks to the UWF platform you see the necessary elements of sustaining a good life – the purpose of a community.

Why are the Chicago Teachers joining forces with others and entering into the increasingly messy politics of Chicago?

We have witnessed and lived through devastating school closings, foreclosures, unemployment and violence that destroy the lives of our students, families, and fellow workers.

Throughout the last 5 years of CORE (Caucus of Rank and File Educators) leadership at the Chicago Teachers Union we have grown in our understanding of political power and our need to fight for the children we serve. Our work as unionists goes far beyond bread and butter contract issues. We do not approach change individualistically; rather Chicago’s teachers are connected to each other and to our communities. We accept our collective responsibility.

We also accept our place in history.

At the launch of the United Working Families organization Brandon Johnson, Chicago Teachers Union organizer said, “This is not a launch on bare ground. We launch off the shoulders of those who are black and white, old and young, who saw the hope and possibility generations before us.”

Michelle Gunderson is a 27 year teaching veteran who teaches first grade in the Chicago Public Schools. She is a doctoral student at Loyola University in Curriculum and Instruction.

Photo of demonstration by Fred Klonsky.