Under CORE leadership, CTU has won major gains for clinicians and the students and families they serve. We elected most of our slate on May 20th, and now we need to elect our candidates for CTU Clinician Functional Vice President. Mary and Dennis are currently the co-chairs of the CTU Clinicians Steering Committee and are strong leaders in CTU's fights for justice. Read their biographies here: Mary Difino & Dennis Kosuth.

CORE won a majority of the votes cast in CTU's election. However, a majority was not won by any caucus in the election for the two Clinician Functional Vice Presidents. Because of this, there will be a runoff election for these positions on June 10th between the two caucuses who received the most votes for them: CORE and Members First. Clinicians will receive a mail ballot to vote in the runoff election. These ballots will be sent out on Thursday, May 26th.

CTU Clinicians: we need you to vote for our candidates for CTU Clinician Functional Vice President, Mary Difino and Dennis Kosuth. The votes must be received by CTU by June 10th. When you receive your ballot, fill it out and mail it immediately. Put your ballots in the mail by June 4th to ensure your vote is counted!

1. Put an X next to BOTH Mary and Dennis's names on the ballot.

2. Seal the ballot inside of both envelopes included with the ballot. 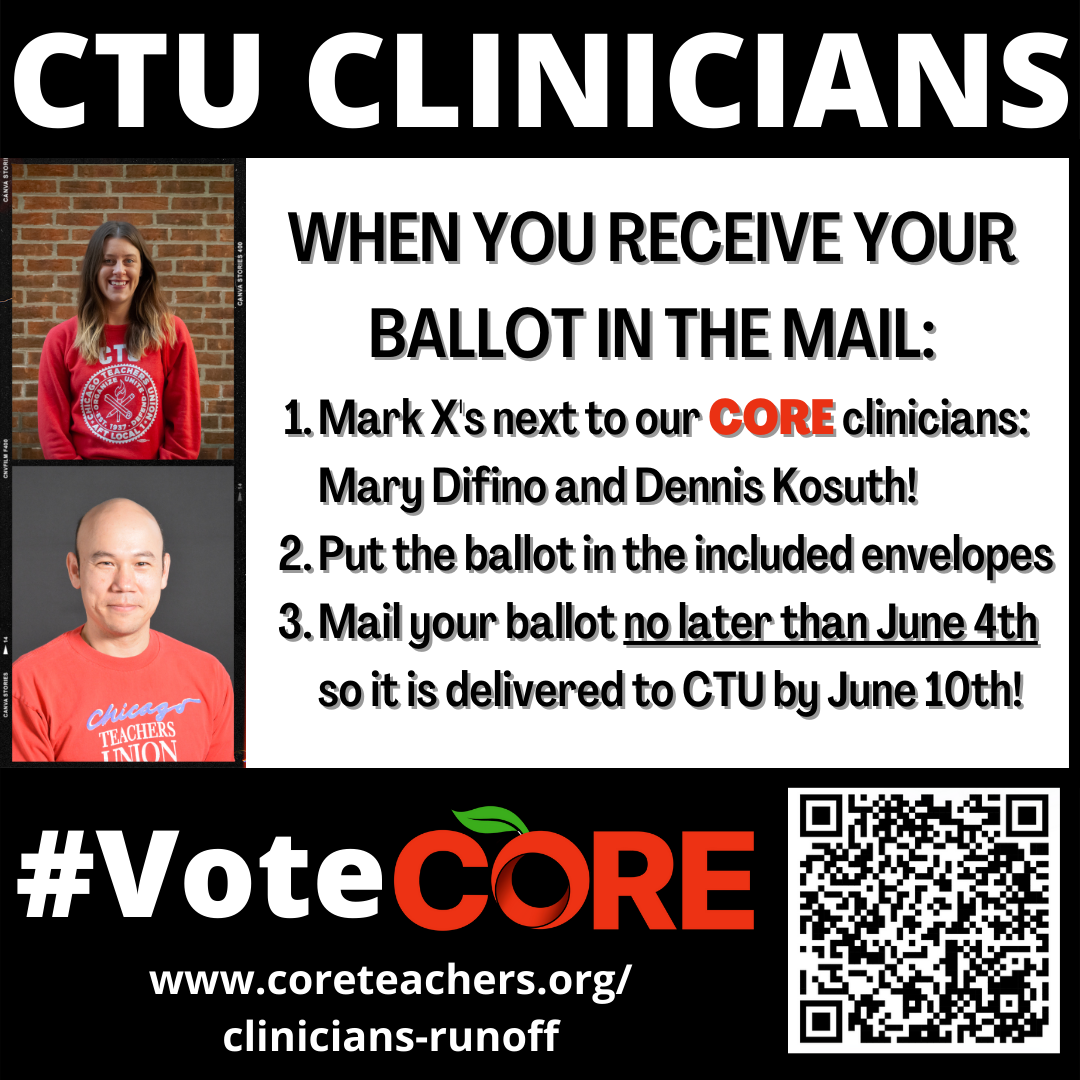