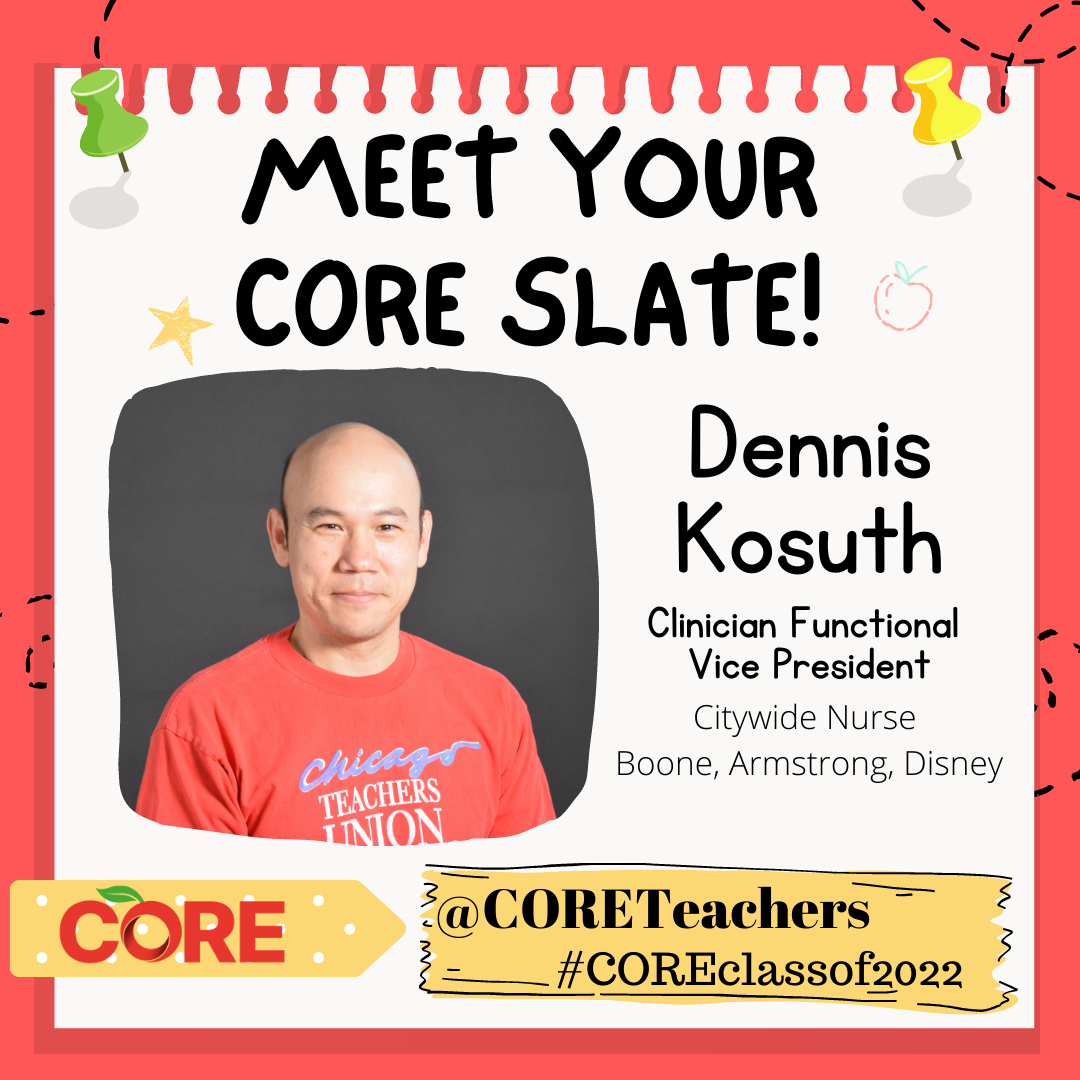 Dennis Kosuth has been a registered nurse for over fourteen years and is in his sixth year in CPS. He has been a union activist in every unionized workplace he’s been employed in. In CTU he is active in the Clinician Steering committee where he was recently appointed as co-chair.

He organizes alongside nurse colleagues around issues of staffing and safety. In mid-January 2021, Dennis helped organize an action at City Hall, alongside other unionized nurse allies.This group delivered a letter to the Mayor’s office, signed by over 150 CTU nurses, protesting the CPS’s unsafe reopening plan.

If elected to our CTU executive board, he will work towards winning better working and learning conditions by putting pressure on decision makers and mobilizing as many members as possible.