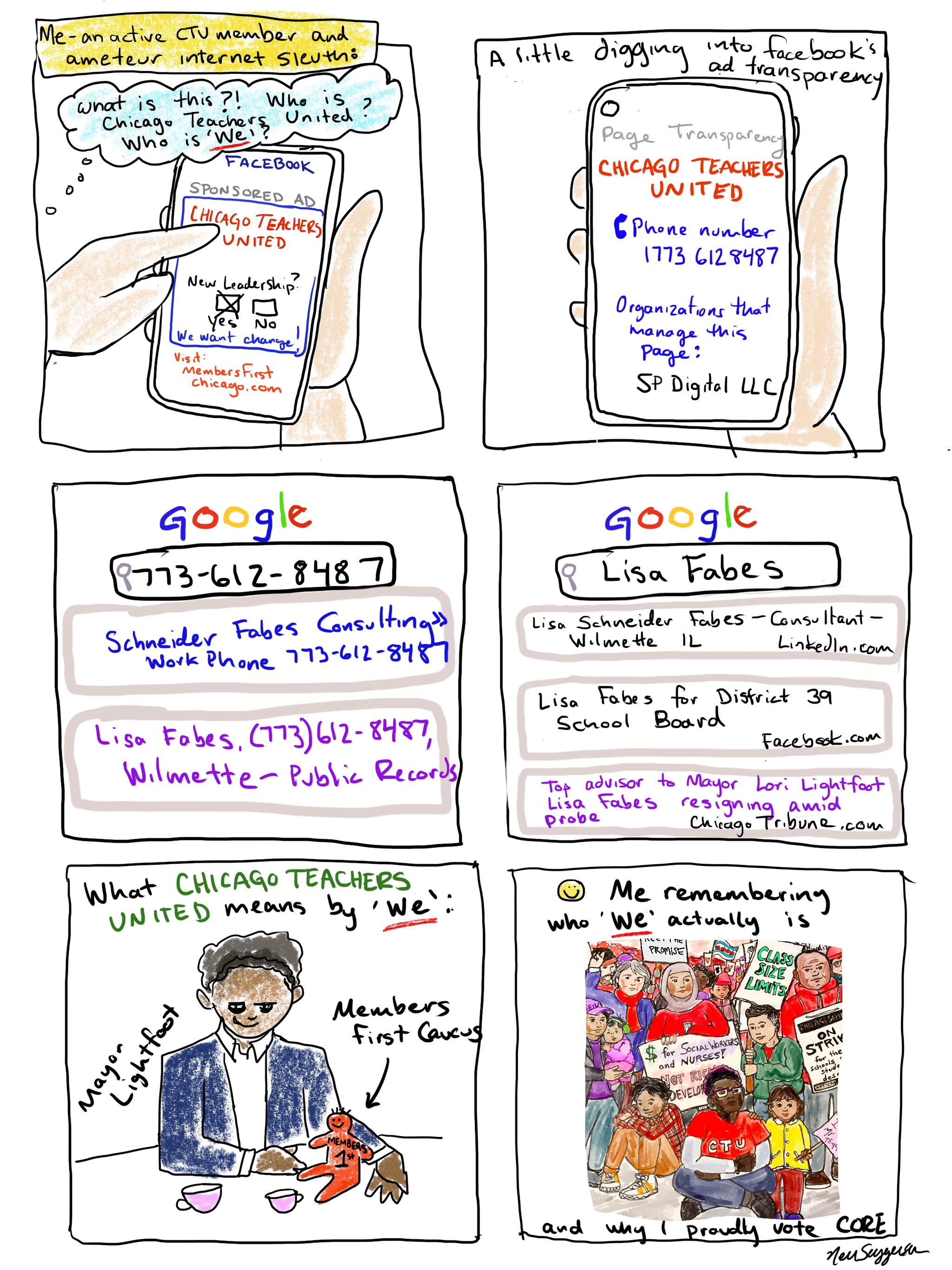 CTU and CORE member Nell Seggerson created and posted the above graphic to their Instagram at @suspiciouspotpie exposing a former Lightfoot advisor's involvement in promoting an opposing caucus. The news was quickly picked up by multiple outlets including WBEZ and the Chicago Sun Times.

After reading the articles, we are spending some time reflecting on what the potential impacts of Mayor Lori Lightfoot’s interference in our internal elections means. We have a host of unanswered questions and here are a few:

While we will engage in a healthy dialogue about how we deal with this obvious and craven attack on our internal democracy, we are calling for an immediate investigation into this matter. We must know who is involved and extent of the corruption in order to protect our union and the sanctity of our internal electoral process.

We take breaches to federal law seriously and call on the Chicago Teachers Union to investigate this matter immediately.