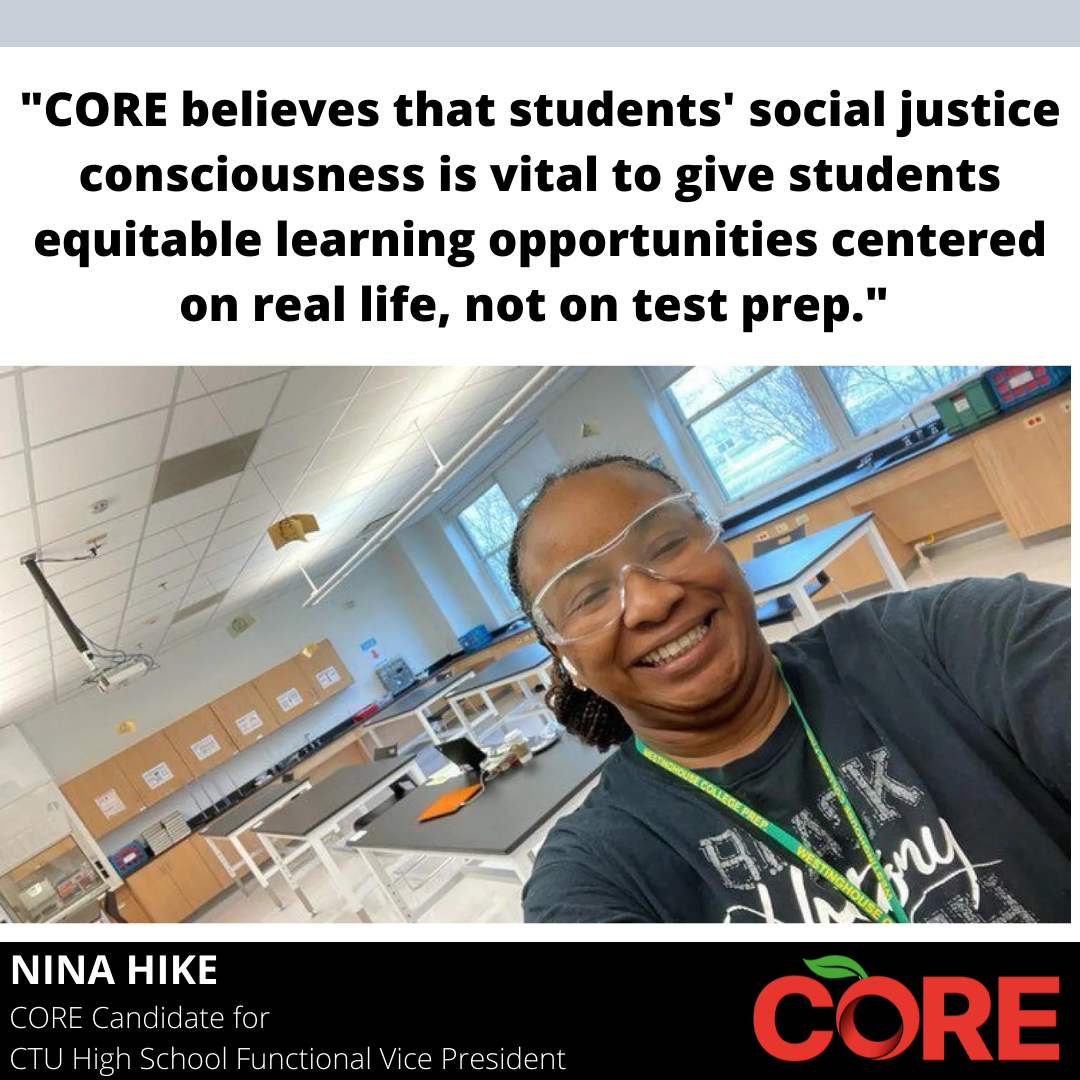 "CORE believes that students' social justice consciousness is vital to give students equitable learning opportunities centered on real life, not on test prep."

My response would be this: have you heard about the work of Hazel Johnson, founder of People for Community Recovery (PCR), in Altgeld Gardens on Chicago’s far south side? She was a concerned Black resident who connected pollution in the area to health issues in her community and sounded the alarm for residents to fight back.

How about the Little Village Environmental Justice Organization (LVEJO) that got the Crawford Power Plant shut down thanks to residents organizing in response to pollution and resulting health issues?

Recently, a company called General Iron planned to move from the northside of Chicago to the southeast side. Students, parents, and teachers joined with Southeast Environmental Task Force (SETF) and successfully pushed back, resulting in the denial of a permit for the facility. The collective fight for social justice resonates in these Chicago stories. This is why I support CORE.

CORE believes that students' social justice consciousness is vital to give students equitable learning opportunities centered on real life, not on test prep. When storylines and instructional examples shift to validate Black and Latinx students’ lived experiences inside science classrooms, we can give them the tools to develop a critical consciousness and to become scientifically literate. This empowers them to understand and act on their social responsibility.

Providing high-quality, equitable science education is essential to CORE's founding principles. I support CORE because we acknowledge that environmental racism is the root cause of so many social justice issues that plague Black and Latinx communities and want to help build a broad movement to dismantle it and provide a sustainable collective future for all students, parents, teachers, and communities.